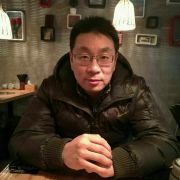 Try to discuss the economic model of open source ecology

This is a topic that I’ve always wanted to write about, but never thought very clearly about. The goal is very clear: to analyze various problems in the open source ecosystem by creating an economic model.

Last time on a CHAOSScast China Podcast, we were talking about “metrics”. The topic was: bottom-up metrics or top-down metrics.

The bottom-up approach is to start with various behaviors that are already observable in the open source world, such as star, fork, commit, PR, etc., and then use some sort of calculation to get a “metric”. The problem with this is that it is not clear what it means. We can do all kinds of weighted calculations, but it is impossible to explain why we can do that.

By top-down, we start with a goal, where we want to look at some kind of activity, health, or other characteristics of an open source project, or an open source community. Then try to build a computational approach: stitching together and computing various behaviors. The problem with doing this is: there’s no way to do it. Because there are a million questions we can ask, but the answers are too hard to find.

Start thinking from “the Labor theory of value(LTV)”

I just recently finished reading a very thin little book, “Interpreting the Labor theory of value”, which is only 59,000 words in total, but explains very clearly. A brief copy of the book.

Use Value: A product of labor can be sold as a commodity because it has a certain usefulness. The usefulness of this product, i.e., the property that satisfies some need of people, is called by Marx the use value of a commodity.

Exchange Value: Exchange value is first expressed as the relationship or proportion of the amount of one use value exchanged with another.

Exchange value (supplementary): later (in the money era) expressed in terms of the exchange relationship between commodities and money, i.e., the amount of money exchanged for a certain amount of commodities.

Socially Necessary Labor Time: Socially necessary labor time is the labor time required to produce a certain use value under the existing normal conditions of social production and at a socially average level of labor proficiency.

In Marx’s time, the commodities he discussed were in “physical form”, so the exchange was either in barter or in money and goods. However, in the era of commercial software, what is the value of software (either source code or executable software) that can be copied indefinitely?

A little more complicated, a 3D animation film computer rendering, how much time it takes to use the computer? How much does it cost? How many people, how much time, and how much cost would it take to render by hand, assuming each frame is hand-drawn? Well, this is the value of 3D graphics rendering software, in a film production, generated.

Socially necessary labor time, also a theoretical time, as I understand it, can be called: the average cost of developing a piece of software.

There are two references for this, one is the Function point based development cost estimation that I often heard in the past, and the other is the Constructive Cost Model (COCOMO).

For more information you can refer to: Cost estimation in software engineering

Pricing based on usage is really about selling copies. You have 100 people in your company, and everyone uses my Office software, then you have to pay for 100 copies. You buy my software and run it on a hundred servers, each with 32 cores, all of which should be accounted for and paid for.

Pricing based on development cost is actually “custom development”. I put forward the requirements, you quote the cost, and I pay a reasonable price at the end, you have to earn, and I save my own development.

The reason for the existence of two pricing models still lies in the replicability of the software. In the case of physical goods, each production of a good requires one labor. Thus: socially necessary labor time –> value –> use value, a tightly connected whole. In the case of digital goods, software/digital goods, which can be reproduced infinitely, have a use value with nearly infinite possibilities. Its socially necessary labor time, and thus the value determined by it, on the other hand, is finite.

The value of use in the modern software ecology

In the past (decades ago), software was software and software reuse was only an ideal. But now, with the development of modern programming languages, the “package management system” based software development reuse model has been born.

It becomes very difficult to estimate the value of an open source software package when A uses B, B uses C and D, and D uses E. If we do enough counting, we might eventually figure out that E, at the same time, is used by four different software packages, in different situations.

Of course, we also need to know: how many computers (CPUs) these different software are running on, and how many times they have been run. In the case of commercial software, it might still be possible to keep track of the data through sales, but with open source software, that would be too difficult.

What does it mean to be active in an open source community?

Of course: there are many uncertainties in such an assumption.

Therefore, calculating the activity of an open source community is not equivalent to the “value of the open source software”.

This is of course very valuable work, but it does not solve the problem of calculating the value of open source software, or the socially necessary labor time.

The various actions generated in the open source community will have their actions initiated by the parties involved, spending their respective time. Some of this time is typically spent in the software development process. Others are behaviors that only exist in the community and the time spent.

For example, reasonable questions and normal answers. If the question and answer content can be sunk, it would have saved the time of those who came later. However, if a user, without the ability to search and find, asks a question directly, and forcibly takes up the time of others. This kind of behavior will be rejected by the community. Because, he wasted the effective investment time of the whole community.

So, in any case, we can see three time lengths.

How to estimate the time spent on behaviors in a community

In the previous subsection, the time for T1 looks relatively easy to estimate. Maybe based on function points, maybe using COCOMO. but what about T2 and T3? In fact, we should be able to understand that the more complex a behavior is, the more difficult it is to estimate its average elapsed time. And the simpler the behavior, the easier it is to estimate.

For example: it is difficult to estimate the socially necessary labor time to write a software with 1 million lines of code. But: writing a class with get/set methods, the time consumed is very easy to estimate. Writing a novel with 1,000,000 words, the socially necessary labor time would be very difficult to estimate (starting.com, perhaps, already has very accurate data), but writing a 100-line document, the time spent is very easy to estimate.

Similarly, many of the behaviors we observe in open source communities, whether it’s liking, forking, creating an issue, or launching a PR, are much easier than writing a complete piece of software. It is also relatively easier to estimate its average time spent.

Suppose it takes a user 1 second to click on a star. fork a repository, about 2-3 seconds.

Writing code and submitting PRs can be calculated along similar lines.

From this point of view, the weight of star is second-level, while the weight of issue, PR, should be minute, or even hour-level. This way, the calculation of activity will be more reasonable.

We can think of all the available time for all of humanity as a large constant. The various open source communities, and of course the Internet, SNS, short video and shopping platforms, are all competing for that time and attention.

The total amount of time programmers around the world can devote to writing code, writing documentation, answering questions, and debugging bugs is actually limited. The ability of an open source community to attract enough attention and time investment is the basis for its success. And the open source competition between software/Internet companies is actually competing for the attention of programmers, the remaining time. This is exactly the key point I mentioned years ago: “Open source projects should also talk about attention economy

In the problem section, Frank also writes: “The design of open-source collaborative networks is insensitive to activity, but it has requirements. That is, if low-cost behaviors such as star or fork are introduced into the activity, it will lead to a large number of connected relationships between projects, which in turn will lead to a decrease in the accuracy of determining the category of projects. That is, the effectiveness of current clustering relies heavily on the underlying activity design.”

Therefore, my suggestion is just one: use a time-based activity design to calculate collaborative influence. :P

With the above analysis, we can basically get a full picture of the economic model of an open source ecosystem.

Based on the above model, we may be able to develop further analysis.